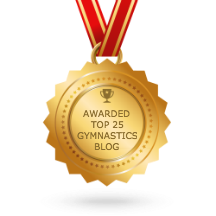 As a parent, you have so many choices when it comes to healthful activities for your children. One is not necessarily better than another, as they all contribute to mental, physical, and social development in their own ways. So what’s the case for gymnastics? END_OF_DOCUMENT_TOKEN_TO_BE_REPLACED

It seems so much longer ago than only three years that Gabrielle Douglas won the hearts of every little girl who’s ever tried a cartwheel. To every youngster’s chagrin, she took some time off, graduated from high school, and then, this past week in Scotland, she returned to claim gold and the hearts of the even more young people.

What makes Gabby and second-place finisher and friend, Simone Biles, such engaging role models? There have been scores of outstanding female gymnasts and athletes who have certainly achieved greatness, even mastery in their sports. There have been charismatic, engaging young women, girls even, whom it was easy to like, but there hasn’t been anyone quite like Gabby. Young, athletically gifted, motivated, charming – the whole package.

She added to that package at World’s last week and now has a whopping 10 gold medals to her name, and the most world championship medals ever earned by a woman. At only 18 years old, Gabby is going into Rio with a resume no one can touch. Has it gone to her head? Apparently not. While that head on her shoulders is on straight, it’s not too big. She loves the sport, but isn’t all about the sport. She enjoys the games, but treats them as games, something to enjoy, not something to stress about to give up a childhood for. And that’s what makes her such an outstanding role model.

Kids hear too many sports figures and other could-be role models talking about “giving it all” and fighting to the end” and crushing their opponents. Gabby takes a different approach. Work hard and enjoy the competitions when they happen. End of story. No teen angst here. No sacrificed childhood or regimented life. That’s what’s appealing about her. She’s real. Kids can truly see her, not her public persona – because she doesn’t have one. She’s that rare breed in the public eye: kind and sincere.

Gabby has the confidence vote of every young gymnast out there as she preps for Rio. And she deserves it.